Let’s toast to more sustainable beer brewing… on this CurrentCast.

Ever been told that if you want to save water, drink ale instead? Unfortunately, there’s not much truth to the joke. A lot of water goes into making beer.

Christenson: “It can vary from about three liters to six liters of water per liter of finished product produced.”

That’s Tod Christenson, Director of the Beverage Industry Environmental Roundtable. He says water is used during the brewing process, as well as for cleaning and cooling.

But there’s change brewing! Christenson says by fixing leaks, recycling water used for cooling, and optimizing their cleaning methods, beer-makers in the Environmental Roundtable have increased their efficiency by fifteen percent in three years. Now I’ll raise a glass to that!

CurrentCast is produced in partnership with Cornell’s Atkinson Center for a Sustainable Future. Learn more online at CurrentCast.org.

Environmental Consulting & Technology, Inc. developed this guide for our project. Its aim is to help municipalities that are considering implementing integrated water resources management to gain an understanding the value of and what is involved in creating an IWRM plan. The Guide provides a description of the planning steps to go through, a summary of the type of information that should be considered, and a series of questions that can guide a municipality to a logical position.  The guide puts a particular focus on the role of green infrastructure in IWM. The Guide can be found on the Greater Lakes project at http://glc.org/files/GreaterLakes-ECT-IWM-How-To-Guide-Final-20160510.pdf.

We’d appreciate feedback on any use that you make of this Guide.
Please share this Guide with others who you think may be interested and put a link to it on your website.

We have just released a reporting entitled “Making Cents from Integrated Water Management: Financial Considerations for Municipalities Related to Water Conservation and Green Infrastructure” Thanks to all of you for the comments you made on the first draft. The report is available at http://glc.org/files/projects/greaterlakes/GreaterLakes-Financial-Implications-Summary-Report-20160513.pdf.

Greater Lakes Green Infrastructure Optimization Tool
This on-line tool was developed for the Greater Lakes project by Environmental Consulting & Technology, Inc. to generate stormwater runoff volumes, identify the surface areas needed to manage those volumes and then compare the costs of various green management practices to manage the predicted volume. The estimates from the Greater Lakes Green Infrastructure Optimization Tool are for scoping and comparison purposes, and are intended to identify potential retention volumes. Once a management practice approach is selected, there are other tools/calculators that can provide more precision in the estimates prior to proceeding to final design. The results allow the user to make informed decisions, including cost comparisons with traditional detention basin systems when making stormwater management decisions. The on-line tool is available athttp://glc.org/projects/water-resources/greater-lakes/greater-lakes-green-infrastructure-optimization-tool/
Please let us know if you have any questions on the tool and, above all, let us know how it works for you when you try it out. Please share this tool with your colleagues.
The detailed report on ecological impacts in the six communities we focused on and detail on green infrastructure methods and the projects we conducted in some of those municipalities: http://glc.org/files/GreaterLakes-ECT-Withdrawals-Dicharges-GI-6-Municipalities-Final-20160510.pdf
John
——————————
John Jackson
17 Major Street
Kitchener N2H 4R1
519-744-7503

Mary, Mary, quite contrary, how does your drainfield grow?

Check our GardenForWater.com to find out…….

Craig Lindell is a highly respected engineer and innovative thinker who consistently addresses how we need to re-think how we address sanitation issues and development both here in the US and overseas. 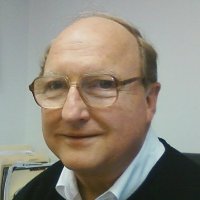 Lindell is a founding principal and former CEO of Aquapoint Inc. Aquapoint is focused on the design, implementation and operating of advanced wastewater treatment, including nutrient removal and reuse, for residential commercial industrial and municipal clients. It has also been an industry leader in designing distributed approaches to infrastructure.

The distributed approach enables communities to design infrastructure to reduce water, energy and nutrient foot prints, align the supply of infrastructure with demand, generate capital and create jobs and often pay for itself.

Turning a vacant lot into a rain garden.

Where Can I Get More Training? | Green Infrastructure | US EPA.

EPA is pleased to announce a brand-new webcast series on implementing green infrastructure. This page provides information on the 2014 webcast series, as well as links to archived webcasts and a summary of certification programs. To be added to a mailing list for additional training opportunities, please send an email to join-greenstream@lists.epa.gov.

If English is not your primary language?

It's all connected! Water IS water, not waste!

Toward a more comprehensive set of public health rules

All you'll ever want to know about Septic Systems

This Day in Water History

A little bit of water history--one day at a time