September 14, 1986: New York Times headline–When the Bill for the Marvels Falls Due. Cadillac Desert: The American West and Its Disappearing Water. By Marc Reisner. It’s unlikely that most taxpayers will read Cadillac Desert, but they should. It’s a revealing, absorbing, often amusing and alarming report on where billions of their dollars have gone […]

This site uses Akismet to reduce spam. Learn how your comment data is processed.

If English is not your primary language? 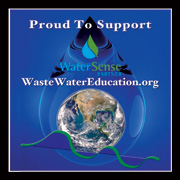 It's all connected! Water IS water, not waste!

All you'll ever want to know about Septic Systems

This Day in Water History

A little bit of water history--one day at a time